Recently uncovered photographs
from the U.Va. Law School archives reveal a little-known phase in the legal career of recently deceased U.S. Supreme Court Justice Antonin Scalia: football official. When the U.Va. law students of the Virginia Law Weekly and the Virginia Law Review kicked off their annual gridiron football contest in October 1970, then-U.Va. Law professor Scalia officiated from the sidelines with an eye on the field and his mind on the rulebook. This was the twelfth meeting of the two publications in this football classic that began in 1953 and always took place at the U.Va. Mad Bowl. (At the time the Law School was housed in Clark Hall on Central Grounds.) Two law school professors officiated over each contest, and the losing team owed the winner one keg of beer. 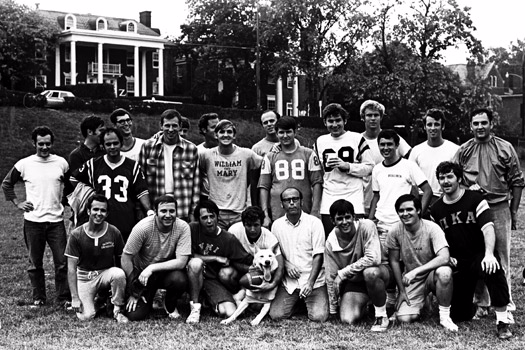 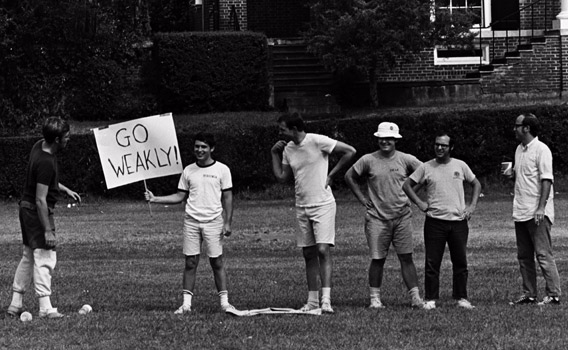 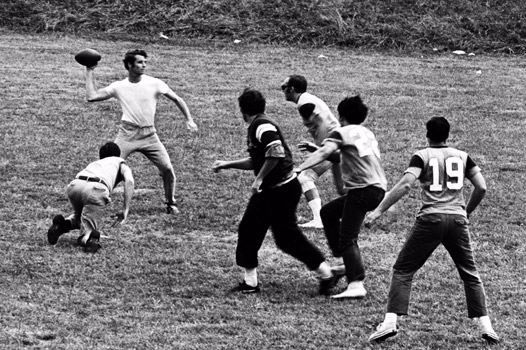 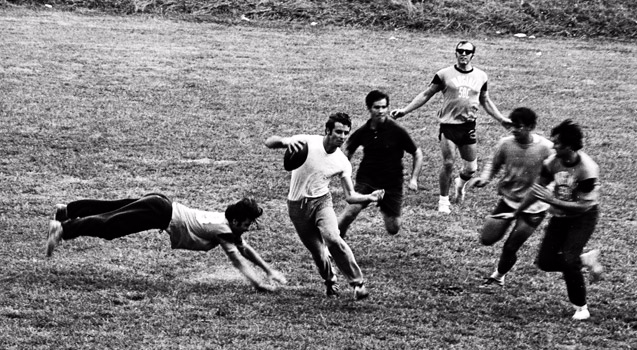 The contest that Scalia observed on this October day was not pretty and ended in a 38-0 romp by the Law Weekly. Showing no mercy to their downtrodden competitors in the game’s write-up the next week, the Law Weekly staff reveled in their triumph: 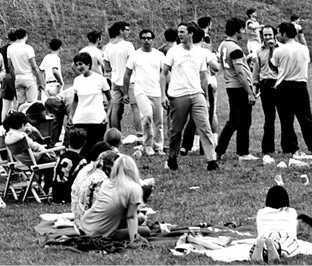 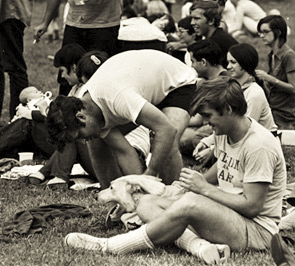 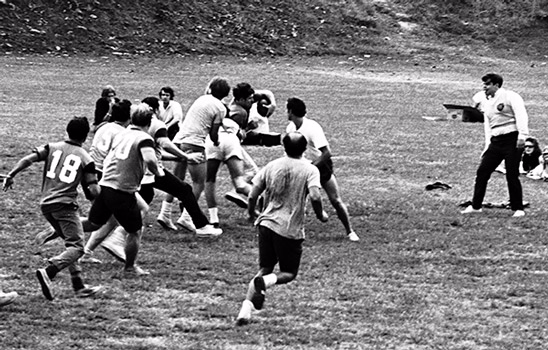 Professor Scalia would prove critical to the Law Review’s single moment of football glory. In the first half, an interception put a momentary stop to the Law Weekly’s romp through the Reviewer’s defense. But momentary this glory would remain. With Professor Scalia acute to the action from the sideline, the Reviewers watched as their triumph was “nullified by the officials under the keen eye of ‘Codebook’ Scalia for fielding too many players.” (VLW, October 16, 1970)