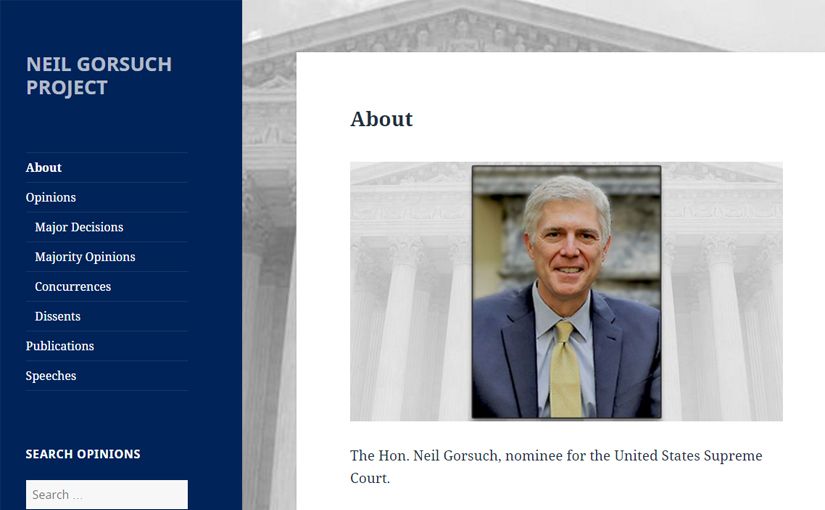 Hearings on the nomination of the Honorable Neil Gorsuch to the U.S. Supreme Court are scheduled to begin March 20 and interest in the nominee’s judicial record is high. To assist researchers, we’re proud to announce the launch of the Neil Gorsuch Project, a website that assembles all of Gorsuch’s written opinions, as well as concurrences and dissents he either wrote or joined as a judge for the Tenth Circuit Court of Appeals. Lists of published articles and speeches by Gorsuch are also included.

The idea for the Gorsuch Project was born after law librarians from several universities and government offices faced a similar question from their patrons: “Find as much information about the new Supreme Court nominee as possible.” The results of that inquiry form the core of the site’s content. More about the project and its contributors can be found on the website.

View all posts by Jon Ashley.