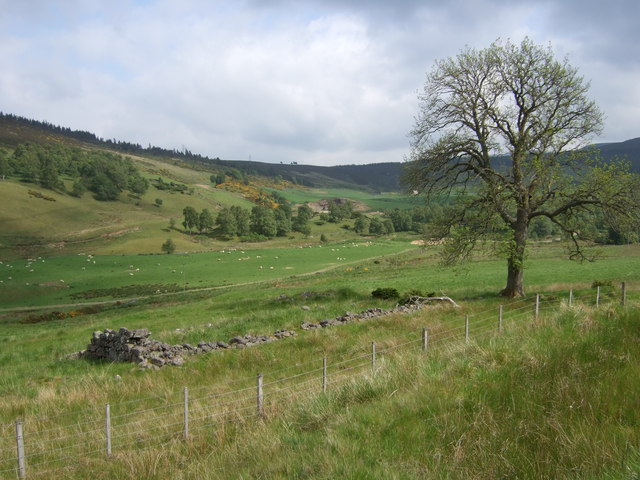 Litigation documents are the “meat and potatoes” of our Scottish Court of Session Records (1759-1834), but the collection is also peppered with testimony, letters, wills, contracts, and other evidence offered by lawyers to help prove their cases. These records preserve the voices of ordinary people—including women, servants, and Erse-speakers,[1] among others—and tell stories that might otherwise have been lost to history. Though it would be easy to overlook these personal histories tucked inside legal documents, they form an extremely valuable part of the collection, illuminating the socioeconomic context of legal disputes and providing information about the burdens and biases of the court system.

The depositions in Farquharson v. Anderson, for example, reveal complicated tensions between the case’s landed litigants and the witnesses, many of them working-class, who were forced to testify. Farquharson was about an alleged romantic entanglement, and the case documents include salacious, even spiteful allegations. Pursuer (plaintiff in Scots law) Jean Farquharson, having birthed a child out of wedlock, sued Alexander Anderson to have a marriage declared on the grounds of “a public courtship, followed by copula,” or consummation of the marriage. In addition to her core claim of an irregular marriage, Farquharson alleged that Anderson had engaged in a scheme to corrupt witnesses and blame Farquharson’s pregnancy on a man named Alexander “Sandy” Milne.[2]

The case proceedings required the participation of witnesses who were debtors, servants, or tenants of the litigants. These individuals found themselves caught between the compulsory power of the courts and the risk of backlash from landlords, creditors, and other influential men who might be angered by unfavorable revelations. Witness Ann Forbes touched on this dynamic, testifying that fellow witness Rachael Stewart had “expressed sorrow that she had been summoned, cursed the parties, [and] said [Rev. Farquharson, minister of] Colston [the pursuer’s brother] had put up a good house for her, and she would lose it.” Stewart’s situation exemplifies the difficulties that might arise for a less privileged witness.

Another witness in Farquharson, Isobel Duncan, also expressed displeasure with the litigation. Duncan, whose “husband ha[d] a farm under the defender,” was drawn into the case after she took part in a nighttime gathering at a neighbor’s farm; Farquharson alleged that during this meeting, several people under Anderson’s influence tried to convince Sandy Milne to marry Jean Farquharson. (For her part, Duncan claimed that she did “not recollect whether she urged or particularly advised Milne to marry Miss Farquharson; but she did express an opinion, that it would be an eligible match for him.”) Having been summoned to testify about the meeting, Isobel was required to travel to Edinburgh from her home in Aberdeenshire. During the deposition, she was asked whether she regretted attending the gathering. She responded:

That she may be sure of that; for that she has felt the smart of it, having had a great deal of trouble and fash[3] in coming so far as Edinburgh, on account of her having been present upon that occasion; and this is the only reason she ever had or expressed for regretting what happened . . .; and that she did regret it before receiving her citation, suspecting, as she did, that sooner or later she would be called upon to give evidence concerning it.

This testimony highlights a side of the legal system that is often overlooked by case reports: the experience of regular people, unversed in the law, who were compelled to help resolve the disputes of their wealthier landlords and neighbors. As our case documents make clear, these individuals raised important questions about the fairness, social cost, and reliability of the process in which they participated.

The testimony in our collection also provides insight about 18th and 19th century cultural norms, including the interface between those norms and the procedures, deliberations, and jurisprudence of Scottish courts. A prime example comes from the case of Macgregor v. Campbell, in which a woman named Katharine Macgregor claimed to have been married to the late Lieutenant Duncan Campbell. Lieutenant Campbell’s family, in line to be his heirs, disputed her claim. Because there was no record of a regular marriage, Macgregor sought to prove the marriage “by cohabitation, habit and repute.”

Testimony centered on the couple’s reputation in the neighborhood. A number of witnesses described the different names that people called Katharine Macgregor. For example, they said that Lieutenant Campbell called her Kate, Katy, “My Dear,” and even “Kate Brodie, which means thick or fat.” Of particular interest was whether Katharine’s neighbors (not to mention her alleged husband) commonly referred to her as “Mrs. Campbell.” If they did call her Mrs. Campbell, one would tend to think that she was married. But what if they didn’t? Would a married woman in Katharine’s neighborhood normally have been called “Mrs.”? Testimony on this issue revealed complex linkages among facts, cultural norms, and legal standards.

One witness told a vivid story that seemed to support the marriage and confirm that neighbors—in at least some cases—called Katharine “Mrs. Campbell.” Betty Macilwhannel testified that she had run into Katharine and Lieutenant Campbell at the Comrie Fair, where:

Clear as this testimony may seem, it was not conclusive. The landlady disputed some details of the account, and Lieutenant Campbell’s family claimed that he had called Katharine his wife in jest. Further, Macilwhannel subsequently testified—seemingly to the court’s surprise—that even after their day at the fair, she heard a servant refer to Katharine by her first name. To the court, this familiar form of address appears to have weighed against the idea that Macgregor and Campbell were married. The discussion about this conversation among the witness, the court, and Macgregor’s lawyer provides a fascinating exposition of class differences and cultural variation in Scotland.

The exchange began with Macilwhannel’s testimony that during a visit to Lieutenant Campbell’s house, she sent a servant (who happened to be Katharine’s sister) to announce that she was waiting. After delivering the message, according to Macilwhannel, “the servant bade the witness stay and rest her, and Kattie would rise and speak to her.” The court posed some follow-up questions, asking:

Whether the witness be positive, that when the servant returned and gave the witness the answer to the message at the house of Dundurn, she said that if the witness would stay a little and rest Kattie would rise? [Emphasis added.]

Macilwhannel responded “[t]hat the servant expressed herself exactly as it has been taken down in the former part of this deposition,” and the court pressed the issue, asking “[i]f this did not strike her as something particular after what had passed at Comrie fair?” Macilwhannel said simply that she “did not know what to think of it.”

Likely realizing that this testimony would hurt his case, Katharine Macgregor’s counsel sought to clarify the norms surrounding women’s names. He asked, “[Is it] not a common practice in that part of the country to call married women by their maiden name?”

Another witness, James Macisaac, also recognized the class implications of this issue, though he suggested that Lieutenant Campbell’s wife should always be called “Mrs.” Macisaac testified:

That the wives of gentlemen in that country are always called by the names of their husbands, and particularly that the wife of Mr Sinclair, a farmer in the deponent’s neighborhood, but whom the deponent does not consider as equal in rank to Lieutenant Campbell, is called by her husband’s name, though her maiden name was Thomson.

These accounts, with their rich specificity and detail, go well beyond what is relayed in the case report of Macgregor v. Campbell, which is what makes them so valuable. For lawyers (and law students!), it becomes second-nature to focus on rules, legal reasoning, and legally relevant facts, along with the final outcome of a case.[4] But our collection’s “dispatches from non-lawyers”—with their distinctive voices and wonderful descriptions of everyday life—offer a wealth of information about the lives of ordinary people and their interactions with the legal system.

[1] Referring to “[t]he Gaelic of Scotland or (occas.) of Ireland,” the term “Erse” was once “[a]pplied by Scottish Lowlanders to the Gaelic dialect of the Highlands.” Erse, Oxford English Dictionary, http://www.oed.com/view/Entry/64135 (last visited Apr. 4, 2017).

[2] Farquharson’s counsel wrote that Anderson targeted Milne because Milne “was in very indigent circumstances; he was a good-looking lad; and he had been employed as a mason about [Farquharson’s] brother’s house for a considerable period.”

View all posts by Kate Boudouris.