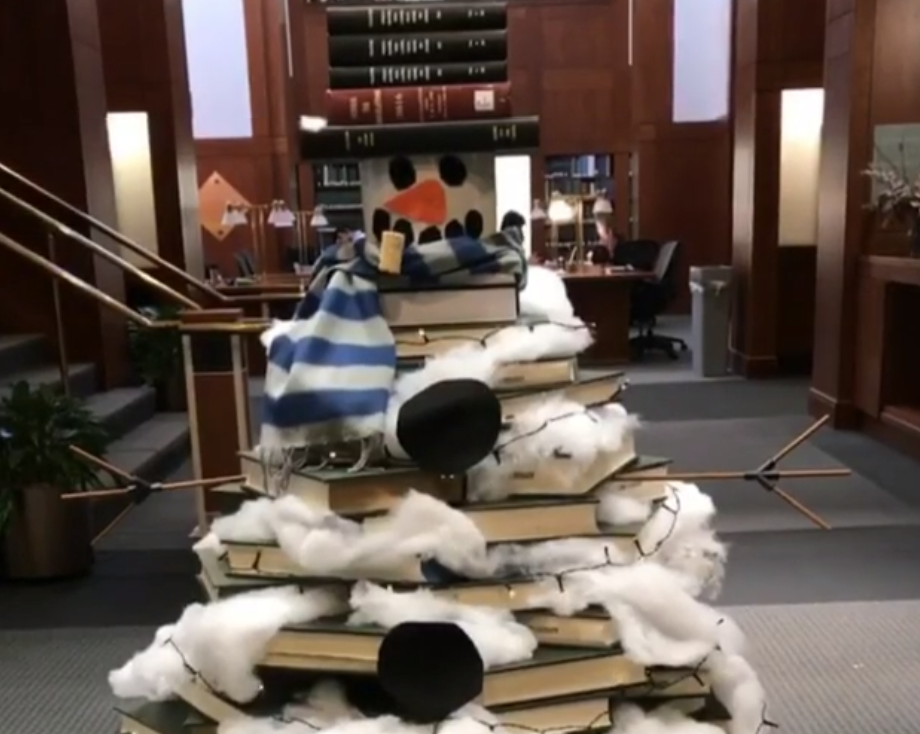 This year for the first time, the Law Library will be closed for the entire week between Christmas and New Year’s Day. No more will the library staff be wandering around a space devoid of students, or any other patrons for that matter. Instead, if the weather’s good we’ll be out and about walking our dogs, enjoying the scenery, and catching up on errands. If the weather’s not so good, we’ll be at home with our fingers firmly on our remotes. Here’s what folks from the library said they’d be binge-watching over the holidays! 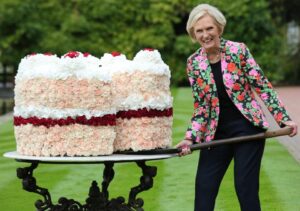 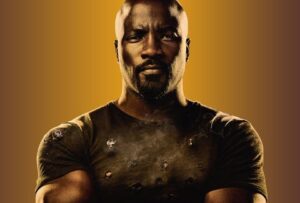 Netflix Marvel Series. Luke Cage was our family show; great music too. Need to catch up on the other series (though skipping the weak link of Iron Fist). 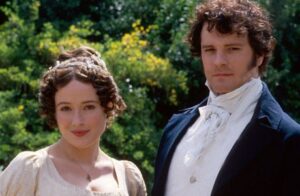 It’s been 200 years since Jane Austen wrote about life, love, and land. This fall I’ve finally gotten around to reading her novels for the first time, and will spend part of the break watching them come to life in the BBC series of Pride and Prejudice with Colin Firth, Sense & Sensibility, and a recent take on Emma in the movie Clueless. 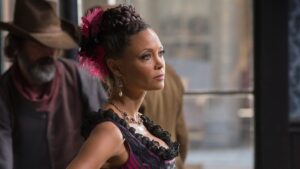 I’ll go with Westworld Season 1, because we have it in Klaus! Think Jurassic Park, but Thandie Newton is a robot.  I watched this the old fashioned way, week by week as it was released.  I liked it so much, however, that I want to watch it again (preferably all in one sitting) in preparation for its return in the spring.  It has an all-star cast: Evan Rachel Wood, Thandie Newton, James Marsden, Jeffrey Wright, Ed Harris, Anthony Hopkins.  The show was a little predictable, but half the fun was trying to figure out what would happen next before it actually happened!  Also, if these opening credits don’t get you excited, what DOES? 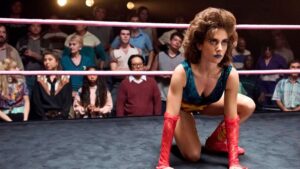 GLOW, season 1. Why? Because the subject matter is unique and interesting–the show is about a real-life women’s wrestling league in L.A. in the ’80s. I also appreciate the racially diverse cast. Plus, the NY Times said that GLOW “is at heart a scrappy misfit story,” and I am a sucker for scrappy misfit stories. On Netflix. The library doesn’t have it but it should. 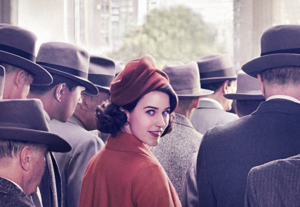 The Marvelous Mrs. Maisel (2017 – Season 1, Amazon Prime Video). Set in the late 50’s, with a set design only Amazon could afford, a life changing experience sets Mrs. Maisel on a path to become a stand-up comedian in the style of Lenny Bruce.  Her true-life banter of being a housewife is priceless, not only on stage but also in the courtroom and at home. Rachel Brosnahan stars, with a strong supporting cast including Alex Borstein, Tony Shalhoub and Kevin Pollack.  Recently nominated for the Golden Globe for Best TV Comedy. 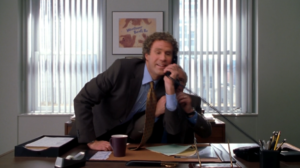 I will be watching —

The second season of Victoria on PBS: Fancy period drama

The second season of Top of the Lake on PBS: Powerfully acted, deep and tense crime storyline.

Elf, on repeat: “Buddy the Elf, what’s your favorite color?”

Godless on Netflix: Brutal Western drama, stark and well acted. Definitely meant to be binged despite maybe being a bit too drawn out. 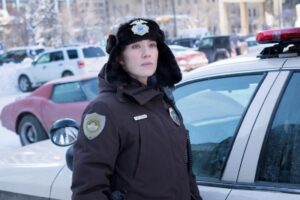 I’ll be getting in the holiday spirit watching Fargo Season 3. I’m not sure that it’ll be able to top the warmth and fuzziness of Season 2, but I’ll give it a try. Fargo always makes me feel like I’m back home in Minnesota for the holidays! 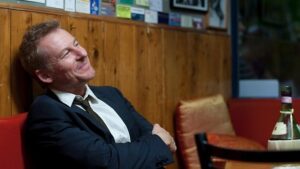 My binge recommendation for the holidays is the Australian show, Rake, co-created by and starring Richard Roxburgh.  As terrific as the supporting cast is, you’ll be mesmerized by Roxburgh’s character, Clever Greene, a brilliant but self-destructive barrister.  He’s equally endearing and infuriating, whether defending the indefensible or promising to be a better man in his complex, screwed-up personal life.  Four seasons available—season 5 coming in 2018! 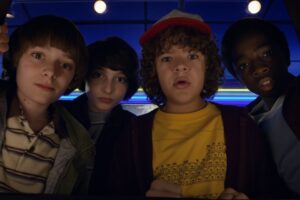 I don’t know whether it’s tiny Eleven’s indomitable mind powers, the thought of a creepy parallel universe just a whisper away from our own, or seeing all of the artifacts of my ’80s childhood brought back to life, but this Netflix thriller has what it takes to keep me glued to the set. Justice for Barb!!!