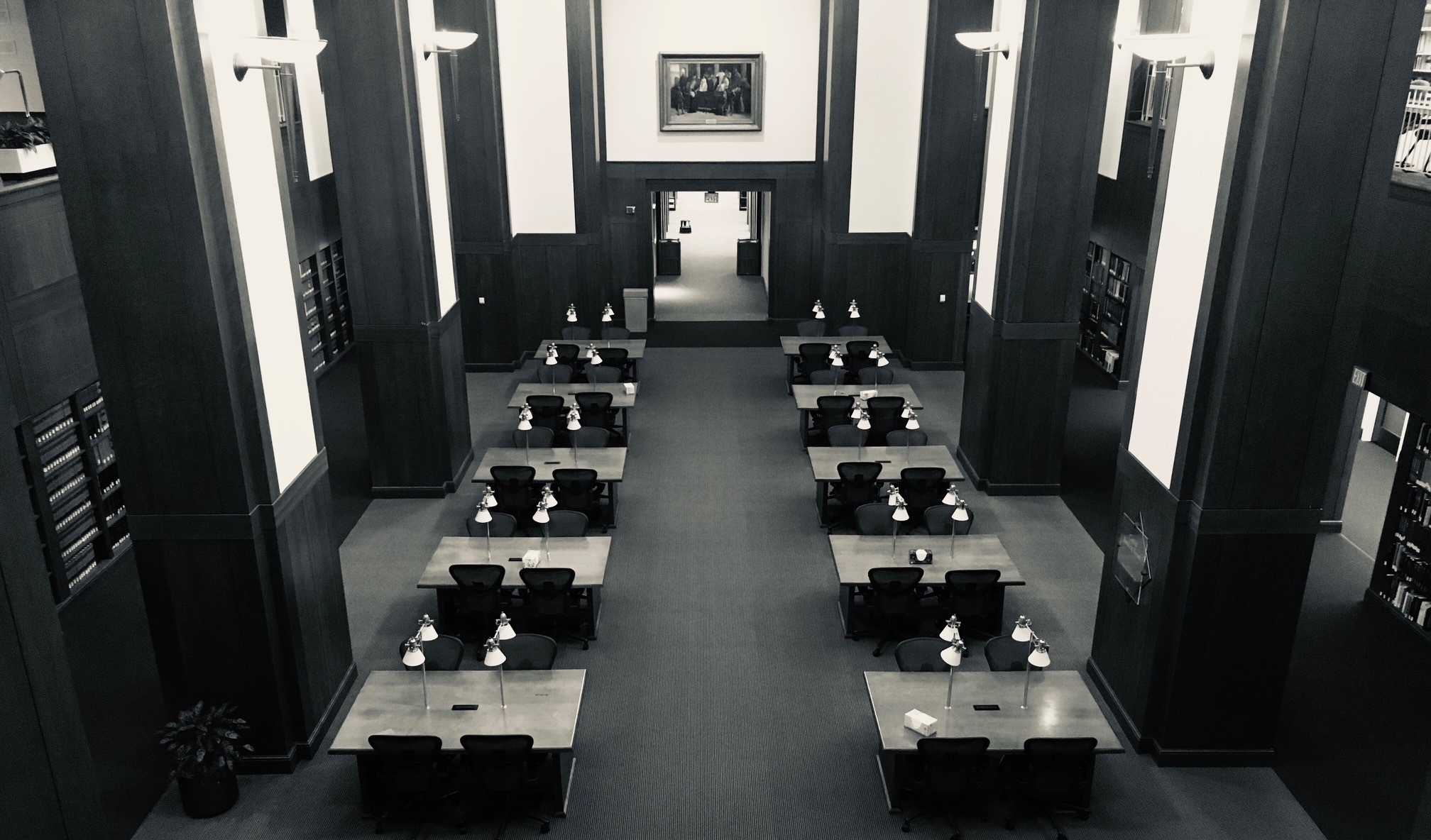 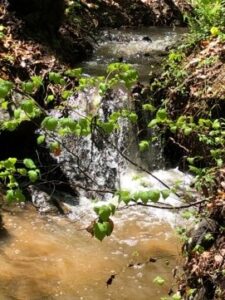 Thursday, April 9: There is a path behind the law school. It goes over a stream. When the building is full of people and energy and excitement, it is a nice place to go to pause and take some breaths before heading back to the project on which you’ve been working. Now that the building is empty and locked down, it is nice place to go after a rain storm to watch the water splashing off mossy rocks and think, “Oh! It is going to be ok.” Even if just for a minute. 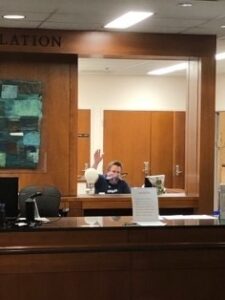 Monday, April 13: “Tiiiiiiiiiiiiiiim!” . . . “Beeeeeeeeeeen!” We’ve been greeting each other this way for years. There is an inflection on the end now, though: kind of a sigh, or a hollow laugh—an understanding that we don’t know exactly where we are right now. There are some people in the building, but they are always at a distance. Tim has been a stalwart part of our onsite library skeleton crew these past weeks. On the days that I’m there, it has always been good to see him, even if briefly and from far away. It gives me some reassurance when all of the other offices and workspaces are dark. A couple of weeks ago I saw one of the electricians here that we all know. I was on the second floor and heard his immediately recognizable voice talking on his phone, along with the jangle of his large key ring. I ran to our balcony and hailed him as he walked through our main reading room below. He smiled. That felt good. He said he was ok and staying safe and was also part of a skeleton crew taking care of emergencies and keeping the buildings running while everyone is gone. We agreed that we had never seen anything like this before. Last week, I also happened to see one of the people on the team doing the crucial public health work of keeping the building clean. We’ve worked together at the law school for a long time—he’s been here one year longer than I have—but we never see each other because we work different shifts. He said he was also staying safe. We agreed that these were scary times. He said he felt the most bad for the students because they were missing out on the full law school experience. 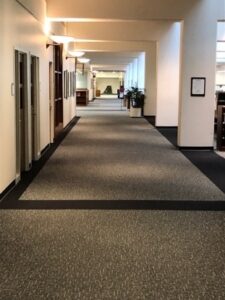 Tuesday, April 14: Staring at the long expanse of empty carpet, I thought, “I wonder if I can still do a cartwheel?” We have an extremely long runway of carpet on our second floor. For library folks in the know, it stretches all the way: from our American Law room (the KFs!), past our state codes (KA-KW!), in between our CFR (KF!), U.S. Codes (KF again!) and secondary reference materials (A-Z!), past our coffee station, through microfilm and government documents (SuDocs A-Y 4!), and ending at the 700-pound sculpture in between the Law Review and Virginia Journal of International Law offices. When I was new at the law library, I once offered to help lift that sculpture onto a cart so that it could be moved to a different location. The sculptor said, “Yeah. . . how about you stand back and let these guys do their work?” I was now gazing down to that sculpture, 300 feet away, and trying to remember the last time I had done a cartwheel. It may have been 20 years ago. I realized the only thing that had ever stopped me from doing a cartwheel here before was that this expanse was usually populated by students at the many study tables and standing desks. There was no one here to see me now. What could go wrong? I limbered up by setting my keys and phone down on one of the shelves in American Constitutional Law. And then . . .Yes! Got it on the First Try! Well, not really. First try was a little crooked, and my feet definitely came down too early. I was also dizzy, which I did not remember happening before. So, I tried again, and . . . it felt right! Like I remembered a cartwheel feeling. Though I now had these interesting spots floating across my eyes. I decided that was good for the day. I asked the library director if we could spring-load the floor so that my future routines could be more explosive. She said no.