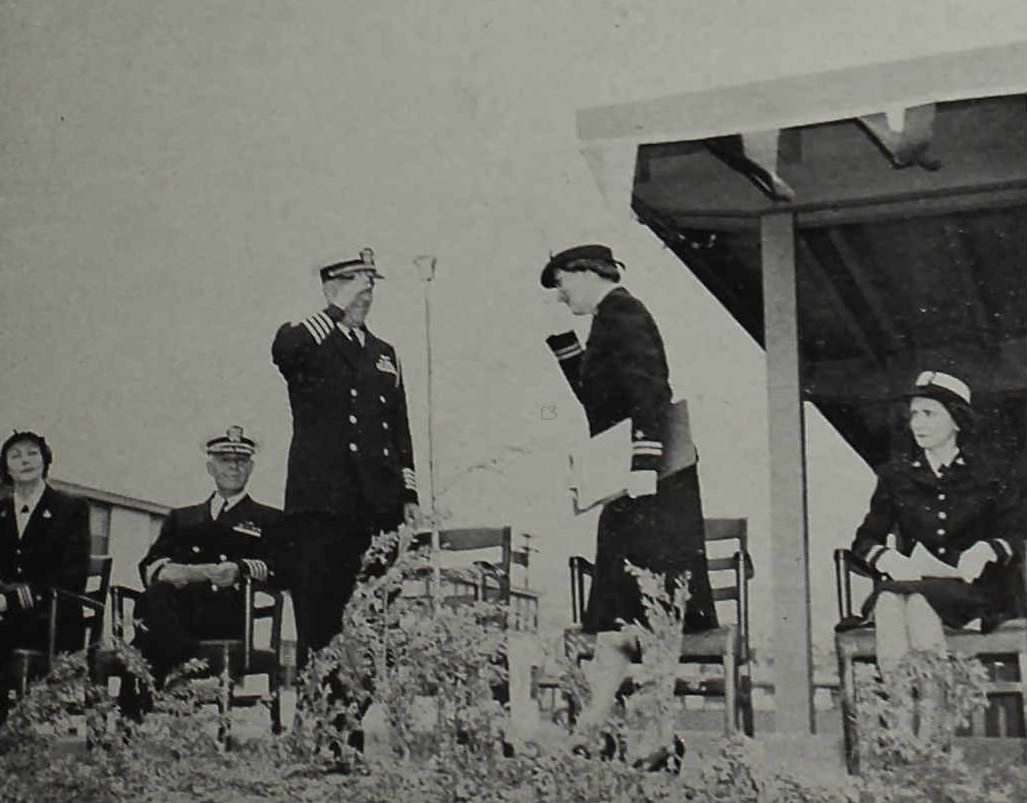 As we observe Veterans Day today, we honor the military service of our alumni/ae with two profiles of UVA Law veterans: Alice R. Burke, a 1926 law graduate and U.S. Navy veteran who served as counsel in the Tokyo War Crimes Trials, and Farrell Dabney Minor, Jr., a member of the law class of 1911 who died from battle wounds one hundred years ago while serving in the U.S. Army during World War I.

Alice Rebecca Burke was born on May 1, 1901, in Charlottesville, Virginia. She was a member of the first class of women at William & Mary and graduated with a BA in 1921. Burke’s senior yearbook noted her strong interest in the law, even as an undergraduate. Burke went on to earn a LLB from the University of Virginia in 1926 as the law school’s second female graduate.

After graduation, Burke served as a civil attorney in San Antonio, Texas before returning to Virginia to earn an MA from William & Mary. In 1936, she took a position as lecturer in Government and English for the Norfolk division of William & Mary (later Old Dominion University).

During World War II, Burke resigned her position at Norfolk and joined the U.S. Navy. She was commissioned Lieutenant Junior Grade in 1942, Lieutenant in 1944, and Lieutenant Commander in 1946—all in the Women’s Reserve of the U.S. Naval Reserve (commonly known as WAVES for Women Accepted for Volunteer Emergency Service). During the war, Burke assumed command of the WAVES Barracks in Balboa Park, San Francisco, California.

After the war, Burke served as defense counsel during the Tokyo War Crimes Trial. (Today, incidentally, the UVA Law Library is home to one of the largest collections of papers from these trial proceedings.) Burke stayed on in Japan as a legal and government officer in civil affairs. She retired from the Navy in 1955 and continued her legal career in New York. Burke died on May 1, 1973 and is buried in Charlottesville’s Riverview Cemetery. Her tombstone reads Alice Rebecca Burke, Lieut. Commander, USNR (W). 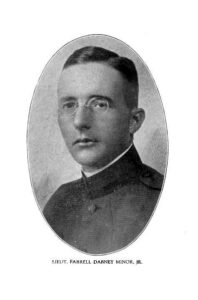 Farrell Dabney Minor, Jr. was born in Galveston, Texas on February 10, 1889. After graduating from the University of Virginia School of Law in 1911, Minor moved back to Beaumont, Texas to practice law with his father.

When the US entered World War I in 1917, Farrell quickly enlisted in the military and obtained a commission as a Second Lieutenant. He was assigned to the 42nd “Rainbow” Division of the Army, under the command of Douglas Macarthur (who was at that time a colonel), as part of the 167th Infantry regiment. He sailed for Europe in November 1917 and shortly thereafter led his platoon in the Croix Rouge Farm fight of the Second Battle of the Marne. Half of Minor’s company was killed in less than forty minutes in this extraordinarily bloody fight. Minor himself was wounded on July 26 while leading his men in a charge across an open wheat field at Croix Rouge Farm.

Farrell succumbed to his wounds on August 29, 1918. He is buried at the Aisne-Marne American Cemetery in Belleau, France. After the end of the war, his name was inscribed on the University of Virginia’s Memorial Tablet Dedicated to Those Who Perished in the World War. In the 1920’s, Minor’s parents honored his service and his law school alma mater with a special endowment to the UVA Law Library in the name of Lieutenant Farrell Dabney Minor, Jr.