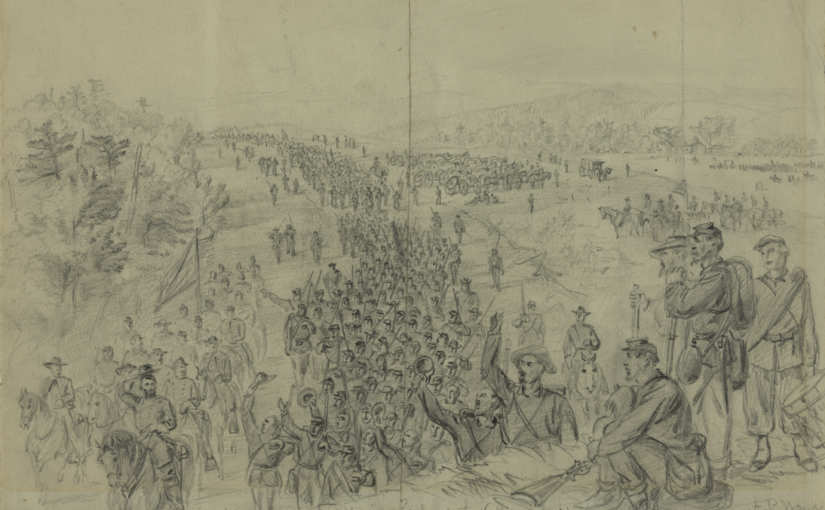 This Juneteenth, we recognize Henry, a man who emancipated himself in March 1865 with the arrival of Union troops in Charlottesville. He was previously enslaved by UVA Law professor John B. Minor (1845-1895).

“The enemy got upwards of 100 horses between Meechum’s river and [the University of Virginia], and multitudes of servants went off with them, poor misguided creatures! Amongst them my boy Henry, hired in Staunton. I lament it more on his account than my own.”

Minor’s eldest daughter, Mary Lancelot Minor, penned a letter to an aunt a couple days later. She wrote that after escaping to freedom, Henry camped with Union officers on Carr’s Hill, the modern-day location of the UVA president’s home, just opposite the Rotunda.

Beyond Henry’s moment of self-emancipation, we know little more about him. The Minor family purchased or rented his bondage in Staunton, Virginia, a small city 40 miles west of Charlottesville in the Shenandoah Valley. Through Staunton passed the Valley Pike, one turnpike within a well-traveled line of roads that connected the northeastern United States to the Deep South, modern-day Route 11. Common travelers on this road included forced caravans of enslaved people, bound for slaving markets in Georgia or South Carolina. Staunton’s position on the Valley Pike turned the city into a commercial hub for the slave trade in central Virginia.

The Union troops that arrived in Charlottesville in March 1865 had come from the Shenandoah Valley as part of a mission to destroy Confederate-held rail lines and infrastructure. After leaving the area of the University of Virginia, they continued eastward. Henry may have followed. He may have enlisted in one of the Union army units for Black soldiers, as many free and emancipated Black men did.

Importantly, even without additional detail, Henry’s story carries great significance for his own life. Further, his decision to emancipate himself repudiated professor John B. Minor’s claim that enslaved Black Americans preferred enslavement to freedom and were better off in forced servitude, a belief that Minor voiced to his students in his UVA Law lectures.

Juneteenth is a celebration of emancipation and a reminder that emancipation did not come all at once for enslaved Black Americans. For the many enslaved individuals who remained at UVA after the Union troops departed, including the many whom John B. Minor enslaved, emancipation would come only after the official end of the war in April 1865.